Founded by the Religious Sisters of Charity, Ravenswell Primary School, has been educating the children of Bray and the surrounding areas for over 100 years. Established in the late 1800’s, the present structures were built in 1958 and extended in 1978. Countless numbers of children received their first level of education in Ravenswell. Whilst the Religious Sisters of Charity are still involved in the school as trustees, the school has been headed by lay Principal Emer Breen since September 2002.

With much excitement, we moved to our new school facilities in October 2018.  After taking some time to settle in, our new school was officially opened in 2020 by Minister for Education Joe McHugh.  It was an amazing ceremony, which gave us the opportunity to open our school, and showcase our amazing pupils, to the local community

In April 1901, Ravenswell House, a former residence of Lord Meath, was sold to the Sisters of Charity.  The Sisters of Charity converted the stables into a school and named in Ravenswell Primary School.  On the 29th August 1901, the school opened with only 33 pupils!  They taught four subjects: English, Arithmetic, Singing and Catechism.

In 2001 the school celebrated it’s centenary, and the school was renamed as St. Philomena’s Primary School. 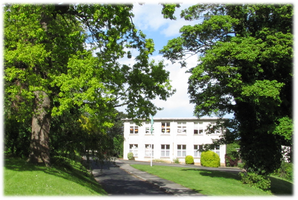 Due to growing numbers they had for more classrooms built as an extension in 1978.

Today the school has 34 staff including teachers, a principal, a secretary, Special Needs Assistants, music teachers, youth workers, a caretaker and cleaning staff.

We are very excited about moving to our new school.  In the new building we will have 24 classrooms, learning support rooms, and a large PE hall.  As the school grows we will be able to hold 700 pupils.  We currently have more than 350 pupils.  We are looking forward to our new, spacious, general purpose hall and library.

Our new school is located behind our current school on a large green site, on the lands of the old Dargle View Golf Club 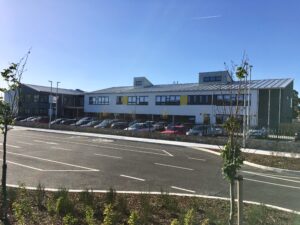 A big thank you to 5th class 2017 and their teachers, Ms Phelan and Ms Pigott, for helping to compile this history of our school . 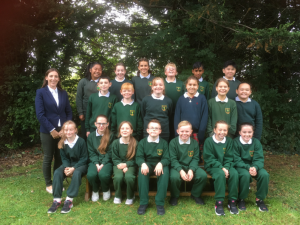 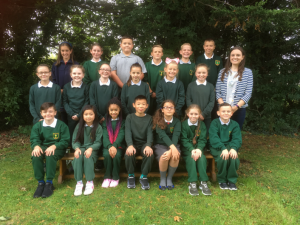 Am Spraoi (Aistear) in 2nd Class